So I feel like I should preface this by saying that I have not read the actual book, American Gods, nor seen the TV series (though I intend to do both at the earliest possible convenience). I can’t speak to how well the adaptation did, but I can speak to artwork and the story of the graphic novels alone.

And in that regard? They’re spectacular. Especially the covers. The art is detailed and prominent and a little bit insane, and it matches the mood of the story perfectly. 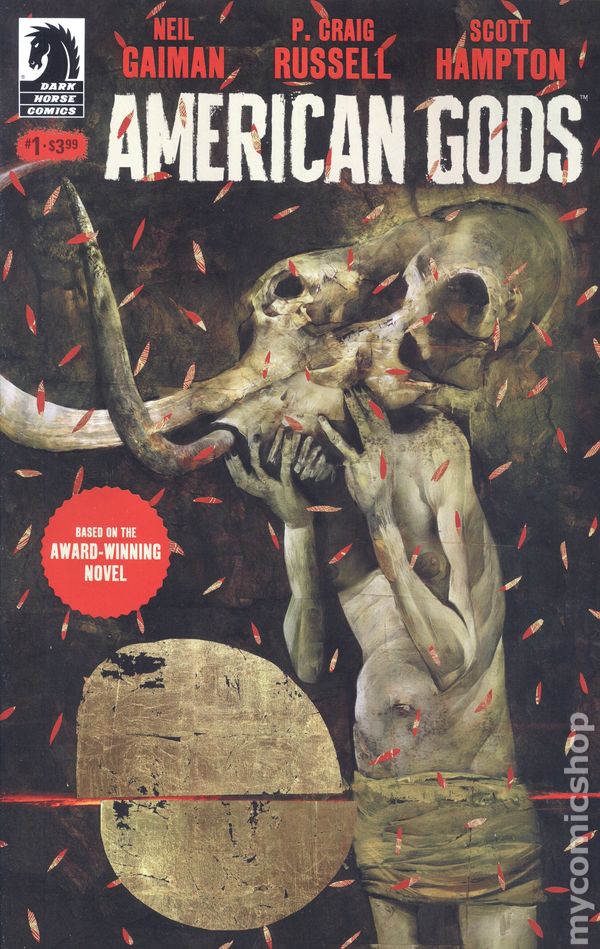 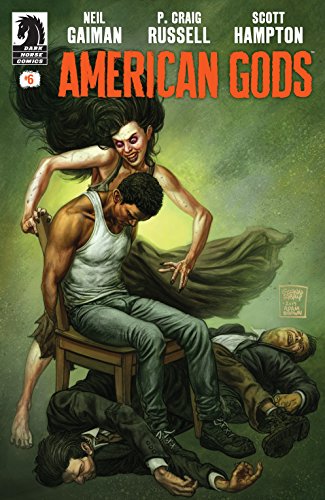 I’m not a horror person either, but these are terrifying and I love them.

The story, too, is fantastic- if you aren’t familiar with it, American Gods is the story of a recently-widowed ex-con who falls in with the mysterious Mr. Wednesday and somehow joins the fight between the old and new gods for America. If it sounds bizarre, it’s because it is, but it works. Rather well, I’d say.

Our main character, Shadow Moon, has a lot to deal with. His wife- dead in a car accident while cheating on him- now seems to have half-returned from the dead to haunt him. Mr. Wednesday insists on hiring him to work to gather forces for a supernatural war. He keeps ending up on decidedly strange road trips across the continental United States, meeting old gods and new and occasionally getting kidnapped by one or the other. The scope is broad, the tales have an odd, gothic tilt (to say the least), and Shadow is caught up in the middle of it all. As a lover of the gothic aesthetic myself, these stories are Excellent.

Hope you all are having a lovely Friday!  Things have been a little chaotic on my side of things (since I, you know, moved), but it’s moving along! I’ll talk more about what’s going on on Monday.